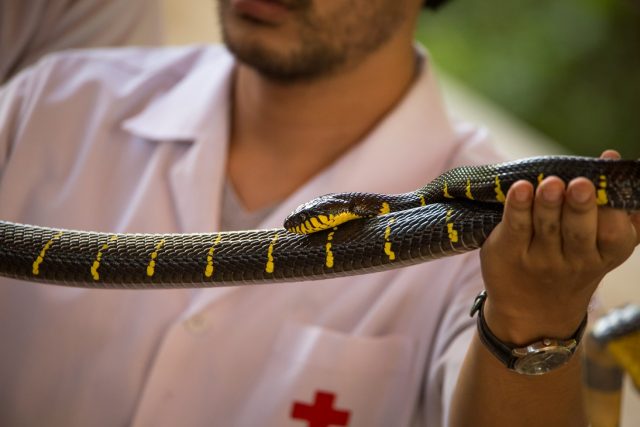 In the collective Indian mindset, a snake is a God, myth, legend or curse before it is seen as the biological animal that it is in reality. Revered and feared at the same time, this gentle serpent is shrouded in stereotype, making for a grossly misunderstood and heavily persecuted animal. Today, we examine the truth about snakes.

Humans have been living alongside snakes for as long as we have existed. Living harmoniously and safely with snakes is actually just an application of simple common sense. Just as one would look both sides before crossing a road, stick to lane discipline and not drink and drive so as to avoid accidents, similarly, we must take simple precautions to avoid accidents with snakes.

It is no secret that urbanization is spreading at an accelerated pace; cities expand constantly as construction hammers at every roundabout. Clearing a vacant plot or digging therein, causes inevitable disturbance to all the animals who occupy that habitat – birds, frogs, geckos, snakes and more. They have to find a way to escape the destruction, but where do they go? Loss of habitat is one of the primary reasons causing a total imbalance in snake populations and movement.

It is prerequisite to gain a basic understanding of this creature for us to be able to safely live with them. Snakes have figured out how to live off and around humans without really getting in our way; still, ever so often, we find a snake indoors. To understand how or why this happens, let’s get go beneath the surface.

Is it emotions or revenge? Snakes are cold blooded but they do not seek revenge. They do not harbor emotions, grudges or possess long-term memories of your or anyone’s sins against their mates. The fear of snakes has been hardwired into our systems through centuries of conditioning and ridiculous storylines from movies that mainstream media has insisted on forcing down our throats.

So if snakes are just as scared of us as we are of them, and if they have no intention of chasing or following us for revenge, why do snakes enter human habitation?

The first thing to understand is animals do not look upon space in the same way we do – in the sense that they do not differentiate between indoors and outdoors, your property and mine, India and Pakistan..

Snakes are very shy animals who will do their best to escape an encounter with humans, but if they are in human habitation, it can be attributed to one or more of the following motivations.

These are the only motivations behind the presence of a snake in your home.

So, the next time you find one indoors, stay calm and apply this formula of entry, food, shelter to better grasp the plight of the animal. Before you act in any way, remember, that snake you see is just as or much more petrified than you are of it.

What You Need to Know About Entrepreneur Burnout

Don’t Have a Business Email? Here’s Why You Need One!

Save Yourself from Computer Related Injuries