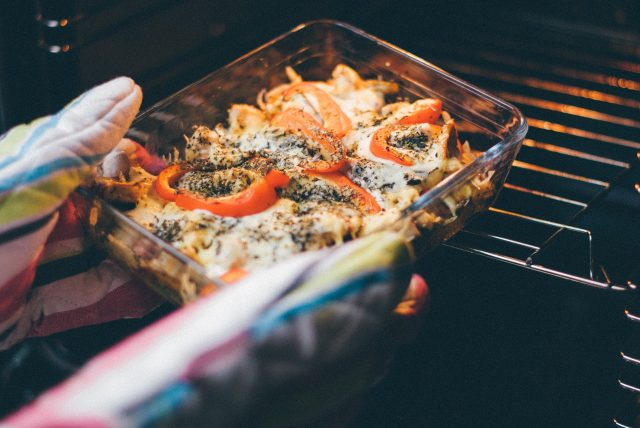 Over time, microwave ovens have become quite ubiquitous in homes, restaurants, shops and snack bars. There is no doubt that microwave ovens are very convenient time-saving devices. But are they bad for health? We often hear warnings about food cooked in microwaves; that they cause all sorts of problems from robbing food of nutrients to cancer! Is there any veracity in these claims?

Seeing how popular and commonly used microwave ovens are today, it makes sense to have the correct picture about the ill effects, if any, that these may have on health and well-being. So is this marvel of convenience and modern engineering sending out harmful radiation, stealing nutrition from your food and altering compounds in our food rendering it dangerous to consume?

Claims made about harmful impacts of microwave cooking 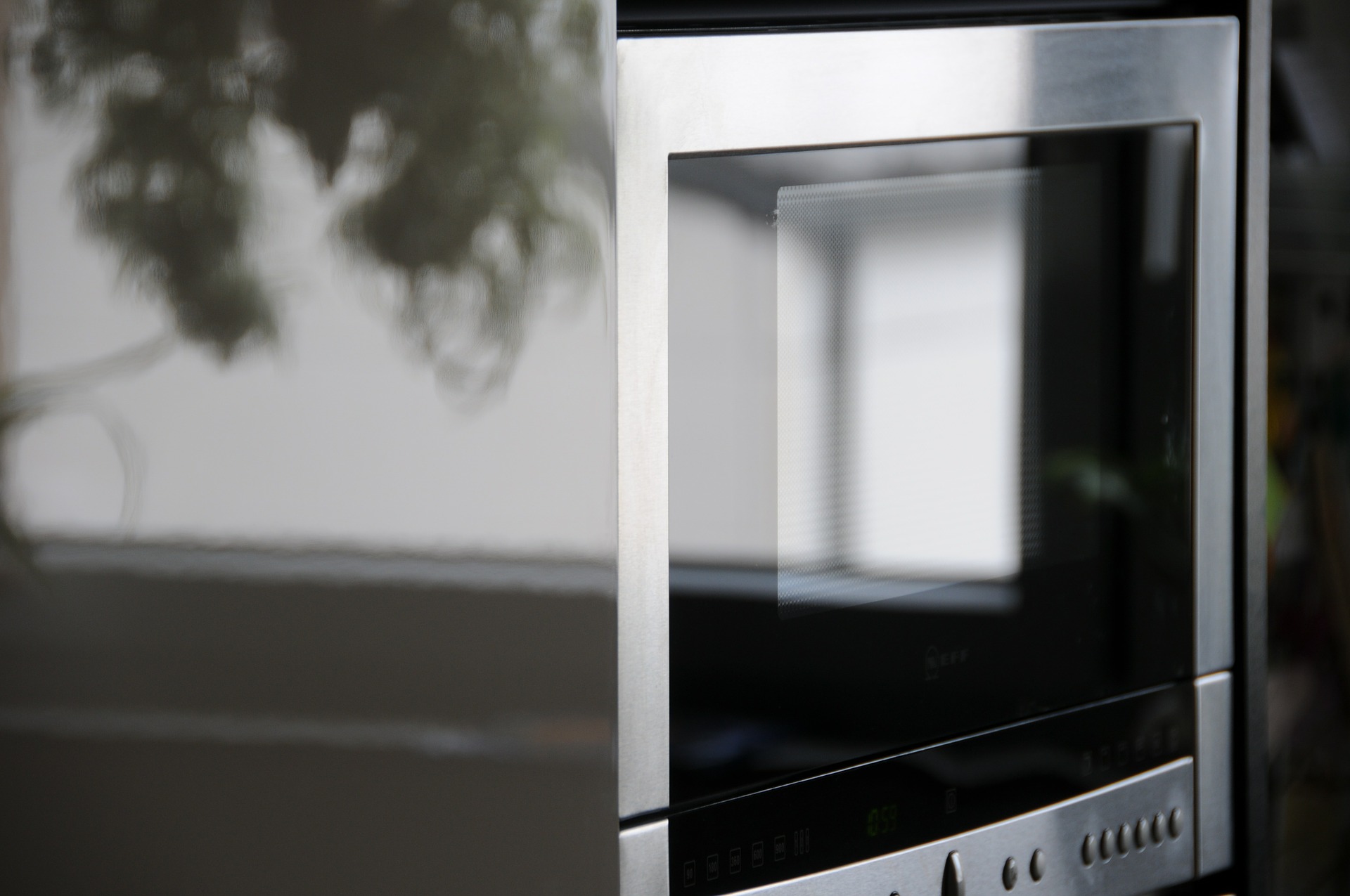 It is a common claim that microwave radiation can cause damage to human tissues and cells, cause cataracts in the eyes and that these can be particularly problematic for people with pacemakers. There are claims that microwaving food contaminates it and renders it unfit for consumption. Many people claim that microwave ovens ‘leak’ radiation, leading to all sorts of problems including but not restricted to cancer and brain-related problems.

Another common claim is that the process of microwaving breaks down molecular and chemical bonds of food, deforms them and makes the food toxic and harmful to the body. Some people claim that microwaving ‘tears apart’ the molecules in food and alters them permanently. Many ‘experts’ also claim that cooking in a microwave robs food of its nutritional value, removing vitamins and minerals, thereby rendering it less beneficial to eat.

There are other claims regarding microwaved food lowering hemoglobin, increasing cholesterol, decreasing lymphocytes or white blood cells and increasing stress as well. Some online articles also speak about the hormonal changes that supposedly take place in men and women who eat microwave food regularly – ranging from mood changes to impotency to infertility to thyroid and other problems. 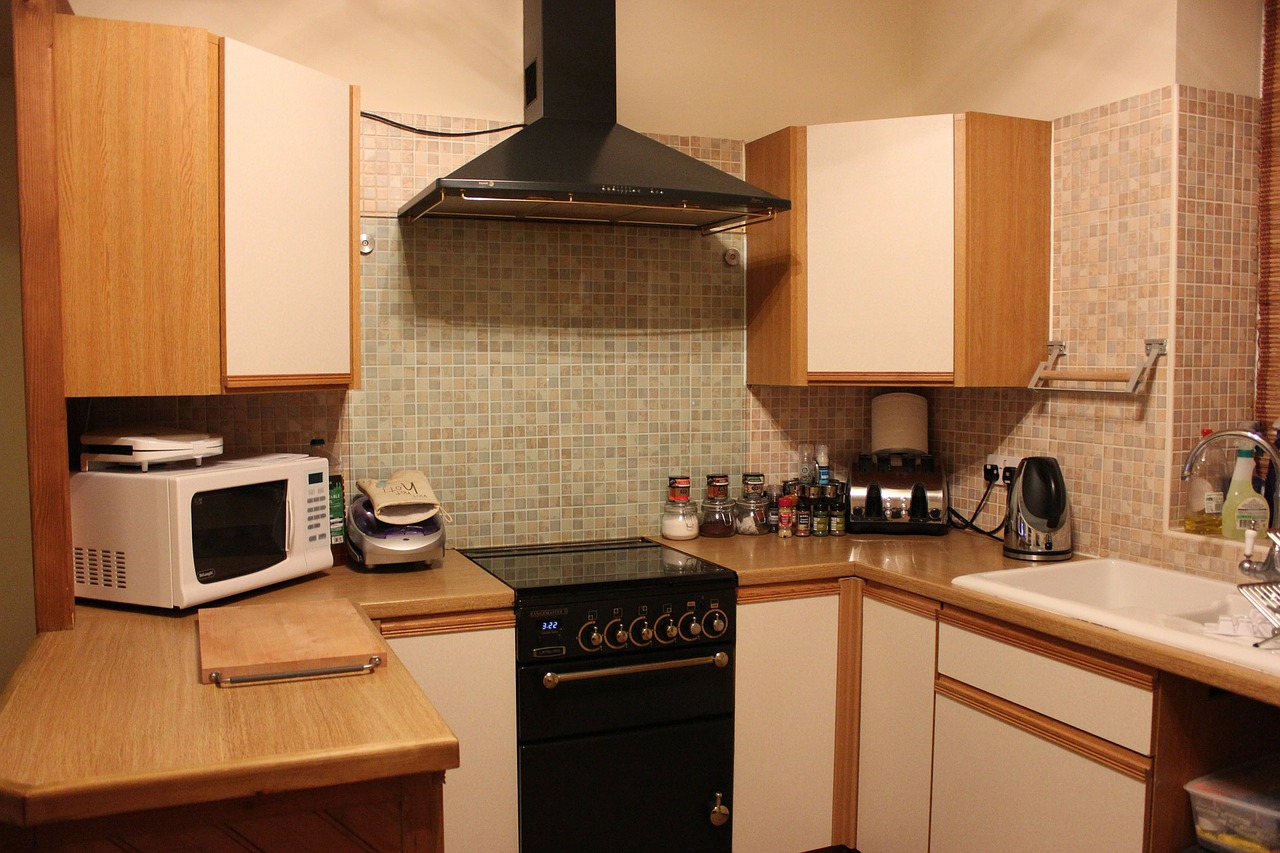 Many of the above claims are made by those who do not fully understand the actual working of microwaves. Some of the above claims are fear mongering, some are conspiracy theories and others are simple misinformation. Sometimes claims are made based on ‘studies’, cited to ‘prove’ the hypothesis of microwave ovens being dangerous. However a great many of these studies are very old and refer to the general effects of micro waves rather than specifically to modern microwave ovens and cooking in them.

The fact is that the micro waves produced in our ovens at home are not strong enough to ‘tear apart’ molecules or cause permanent change/ damage to them. There is no evidence to suggest that microwave ovens could cause or exacerbate eye damage or cause cataracts. The claims about supposed problems for people with pacemakers is also generally false. Modern microwaves are made in a way that make them perfectly safe for use even by people with pacemakers.

Generally speaking, microwave ovens take less time to cook than do gas-top burners or convection ovens. They also use less water for cooking. For both these reasons, nutrients in food may be better retained than with other types of cooking. For instance, boiling and draining veggies means that many of the nutrients drain away as well. Cooking them in the microwave will keep many of these intact. So in fact, nutritionally speaking, microwave cooking may actually be better for retaining the nutrients such as vitamins and minerals in our food.

It is a fact that extensive research and development has gone into the making of modern microwaves which we use today. They are perfectly safe to use so long as they are used as directed. The way that they are constructed, there is very little or no chance of leakage or radiation of any sort, certainly not in quantities that could result in any ill effects. Considering the sort of radiation that we live with on a daily basis – from our mobile phones, TVs, electrical power lines, airplanes and our computers, this is so negligible as to be irrelevant. If at all there is any ‘leakage’, this is likely to be present only in very old or poorly constructed devices that predate modern R&D in microwave oven manufacturing.

As for claims made about the molecular structure of food changing because of microwaves, there is no evidence to support this. Beyond general allegations, critics of microwaves are also unable to substantiate their claims about the dangers of microwave ovens by pointing out actual cause-effect relationships or any indication about how exactly the molecular structure changes, how that impacts food or how it has an impact on the human body, if any.

Some microwave warnings that are actually facts 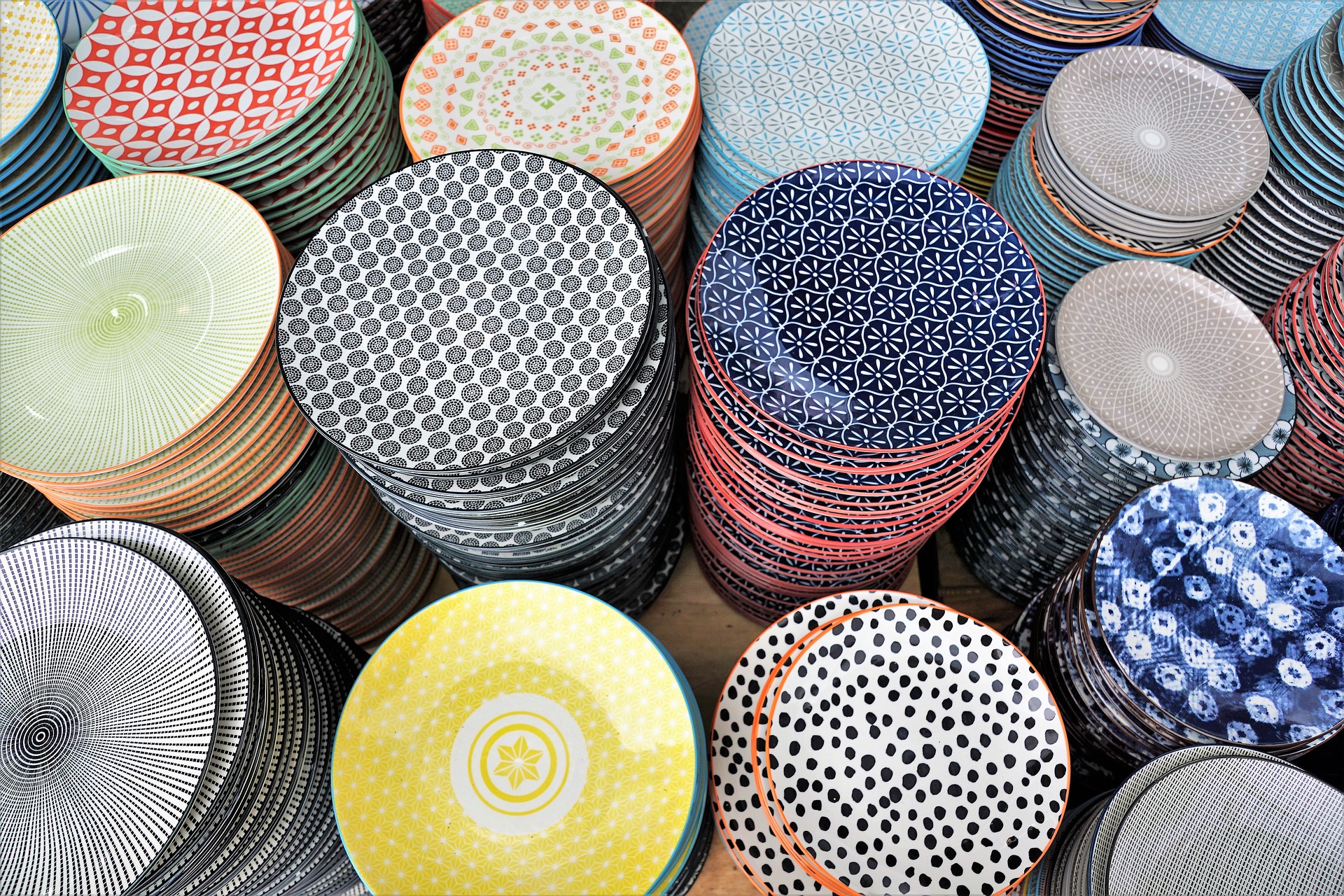 There is the fear of burns and scalds from microwaved food or utensils. Water can overheat and scald the mouth or the hands. Sometimes it overheats to the point beyond boiling and could ‘explode’, causing painful and dangerous burns. Never try to ‘boil’ an egg in the microwave; it will simply explode and leave you with a difficult mess to clean.

There is also the fact that microwaves pass through paper, plastic and ceramic containers. So while the containers may not heat up the food or liquid inside may be very hot. The cool containers will not offer sufficient warning and you may get scalded. Also, microwaves can heat food unevenly. So while your first bite may be at normal temperature, your second bite may literally scald you.

Then there is the problem of the sort of utensil you use to heat or cook your food in the microwave. Cheap plastics and so called ‘TV dinners’ on plastic trays are a no-no. They could actually melt and, in some cases, burst into flames. Using plastics that are not specifically made for microwaves could actually leach harmful substances into your food, some of which are connected to cancer. There is some apprehension that at very high temperatures, chemicals such as benzene, polyethylene terpthalate (PET), BPA, phthalates, toluene, and dioxins could leach into the food making it toxic. The claims made about hormonal changes and other ill effects on health that occur because of microwaving food have more to do with the sort of utensils used for heating or cooking rather than the actual process of microwaving.

There are also some claims with regard to heating breast milk in microwaves that one may do well to heed. Breast milk is best conveyed directly from mother to child. However if it does have to be expressed and stored before being fed to a baby, it is best not to microwave it. This could cause some of the antibodies and optimal nutrition in breast milk to alter.

Precautions you should take with microwave cooking 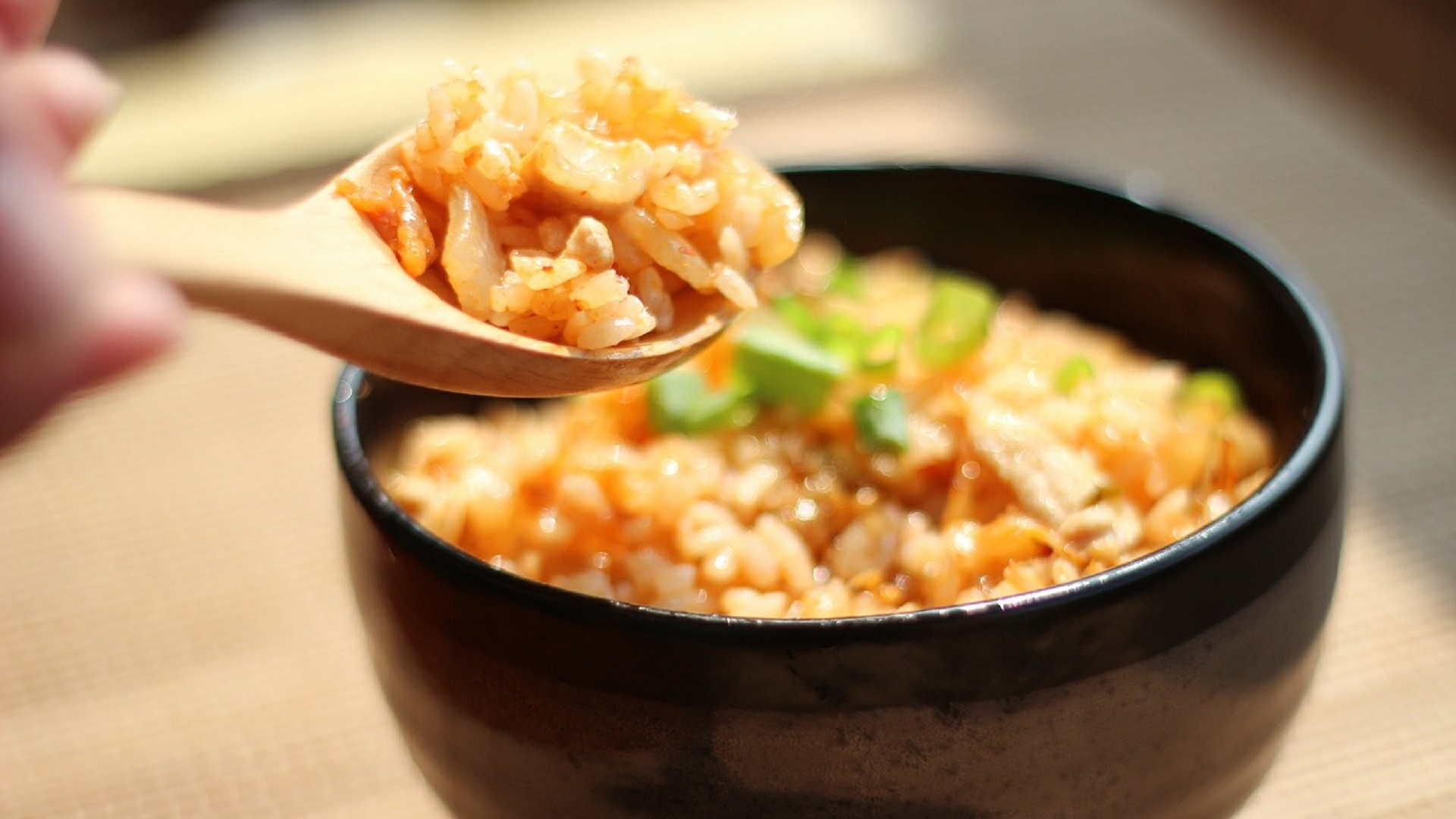 Ensure that your microwave is one of recent manufacture by a reputed brand, read the instruction manual and understand all the dos and don’ts that the manufacturer recommends. If you use your microwave oven in accordance with manufacturer guidelines you are usually safe and in no way endangering your health or that of your family. Check for possible leakage (more likely in old or damaged devices). A good microwave will only operate if the door is closed property. If your microwave seems able to operate while the door is open, then there may be something wrong with it, or it may be time to replace it altogether.

However it is also good to understand that a microwave oven is better as an assistant in your kitchen rather than the main cooking medium. Microwaves will penetrate food to the depth of about 1 to 1½ inches. So heating may be uneven and the process of cooking may not be complete in some cases. Microwaves are best for thawing, quickly heating food and some types of cooking.

Also ensure that you use only microwave-safe containers for cooking and heating food inside a microwave. Don’t let water become overheated in the microwave. Handle utensils with care and avoid burns by using oven mitts and by being careful when you bite into something that you’ve just heated in your microwave. Be an informed microwave user and you’ll be just fine!

How to Make the Perfect Butter Cream

Food Trucks Are the Next Big Rage!

The Risks of Freelancing

Great Hair and Skin is Just Some Rosewater Away