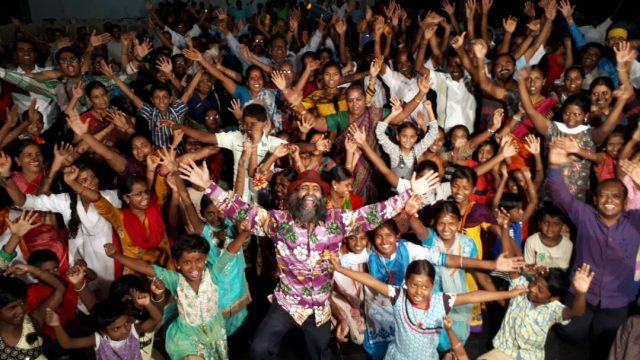 In a world that is witnessing an alarming increase in the incidences of depression, anxiety, stress, anger and hate-crimes the realization that humor, love and laughter can curb these disturbing trends has given fillip to the rise of stand-up comedians, humor clubs and laughter therapy which are emerging as major stress-busters!

Just a little jest to pep up your lives

Humor has been a part of Indian civilization for eons and every kingdom had a court-jester. Indian folklore and legends are replete with stories of famous jesters such as Birbal or Tenali Rama. Peppered with 12 major humor clubs that also promote laughter therapy and social endeavors, Chennai leads India’s bustling metros, infusing rib-tickling experiences among its citizens, and is the epicenter from where laughter is spreading across all major cities and towns of Tamilnadu. Even as India is witnessing an explosion in stand-up comedian shows, spoofs, sitcoms and television comedies, humor clubs and laughter therapy are working overtime in the pioneering humor city of India, trying to bring about the much-needed reprieve and relaxation to its people!

Meet Sampath, also known as Ha Ho Sirippananda, one of the pioneer founders of Humor Clubs in Chennai. He runs the Ambattur Humor Club and spoke to us from the airport, on his way to another city to spread some laughter. 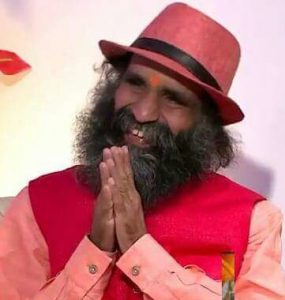 Started in 2003 with the objective of bringing about a turnaround in the banal lives of laborers in the industrial center of Ambattur, Ambattur Humor Club brings some lighter moments in the lives of a large number of people who throng the club on the second Sunday of every month at 4.30pm.  Bringing in humorists, mimicry artists and celebrity comedians from different parts of the state, the Club has been entertaining huge audiences for nearly a decade and a half. 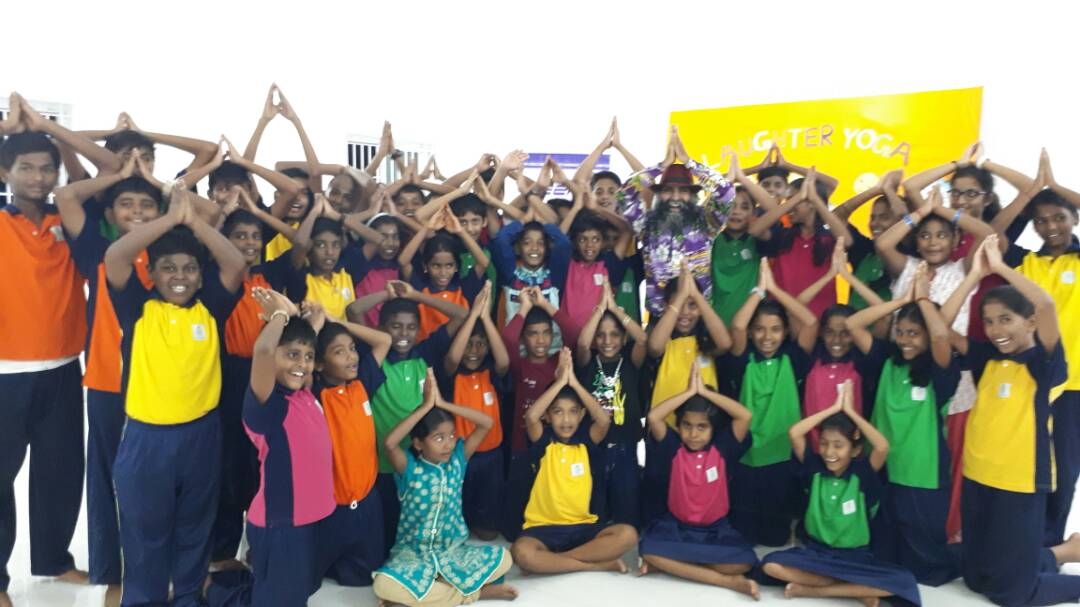 Says Sirippananda, “Humor changes people’s lives, deflecting their minds from the rigors of the daily grind and stressful occupations and adding a touch of happiness and a sense of well-being. People forget anxieties related to monetary constraints and myriad other worrisome issues and feel energized after they attend our humor sessions.”

Humor clubs play a major role in the lives of women homemakers who tend to feel bogged down by umpteen and ceaseless household chores. No wonder, humor sessions are teeming with women, not to mention silvers. For the latter, humor clubs are not only a distraction, but they are also opportunities for forging new friendships and associations and help dispel loneliness. Seniors continue these new networking sessions and are seen frequenting local parks to chat up or have serious conversations centering on politics and world affairs. Ambattur Humor Club has given rise to several groups and associations that meet regularly at parks, and with the inclusion of laughter therapy, these encounters are being held with greater zeal and vigor.

“Ambattur Humor Club has included laughter therapy and yoga to our humor sessions and the name of the club has now been changed to Siripparangam,” says Sampath. “We have regular training sessions in laughter therapy in combination with yoga. There has been a tremendous response from people after we have brought in this combination.” Those with suicidal tendencies have benefited immensely from laughter therapy and humor club sessions. Winner of the Humor Club International Award from the Triplicane Chapter for continuously running Ambattur Humor Club for 14 years, Sampath strongly feels that humor must be a part of everybody’s life. 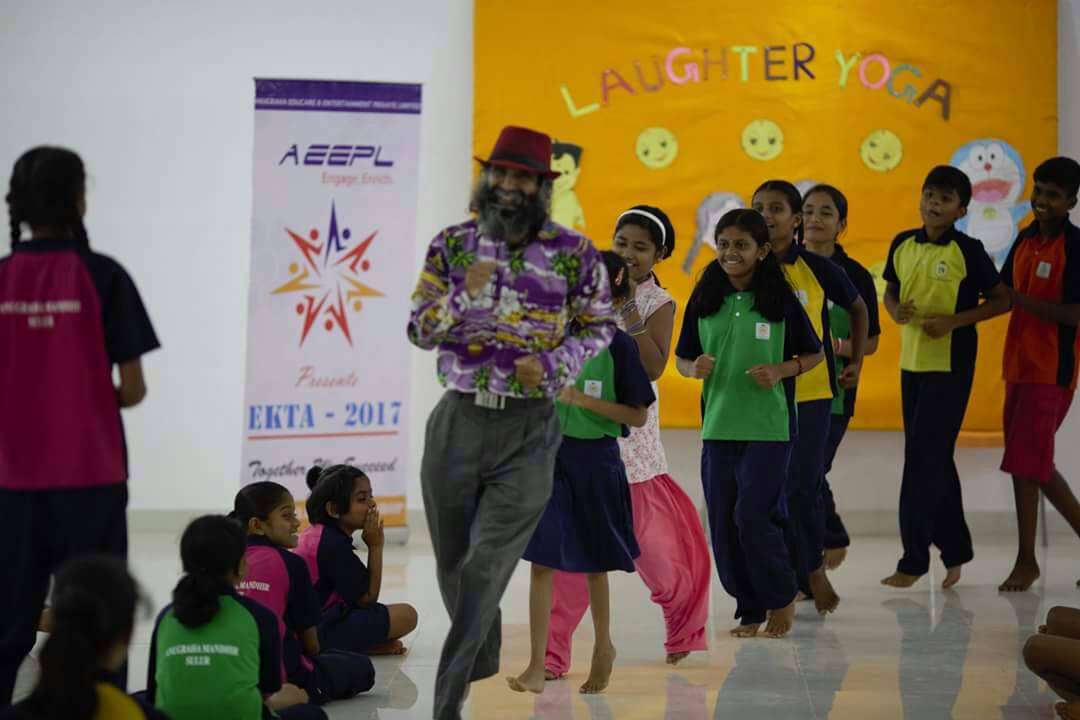 “A perceptible change that comes about from laughter therapy and humor clubs is the abatement of crimes and tension in communities. Laughter therapy also lowers incidences of stress-related diseases and afflictions and boosts mental health. I strongly advocate laughter therapy and humor clubs in schools and colleges. This will not only help reduce stress and tension among children and the youth, but will also keep them physically and mentally fit and agile and help focus on education and progress in life,” he says.

HaHo Sirippananda travels across Tamilnadu, India and the world spreading laughter. As of today, he has conducted 2659 laughter therapy sessions.

Tambaram Humor Club is still reveling in the stupendous success of its 7th Annual Day Celebrations which had as its Chief Guest, actor, producer, film-maker and publisher K Bhagyaraj, known for slapstick comedy and humorous punch dialogues in his movies. Founded seven years ago by AV Giri, Udhaya Kumar is its current President and Secretary. The annual day celebrations witnessed a mind-boggling crowd. Tambaram Humor club has taken laughter to school children providing a platform to promote humor, stand-up comedy, spoken events and arts among them. The club provides free laughter sessions for the public on the last Sunday of every month. Udhaya Kumar says, “The importance of humor in alleviating stress in people’s lives cannot be undermined. Our society needs humor today more than at any other time in the history of the world. Our club has been able to bring about laughter and lighter moments among many people who come to witness our humor-based gathering every month.”

Humorist R Sekaran has been the secretary of Triplicane Humor Club for thirty years now. Started in 1983 by the renowned speaker, Thirukkural Munuswamy, this humor club combines social causes with humor and offers an eclectic platter to Chennai’s humor-starved citizens. The focus is more on seniors. However, Triplicane Humor Club has enticed audiences across the world as their humor sessions entertain seniors, women, children and adults of all age groups in different countries through YouTube.

Uniting people through laughter and mirth, humor clubs provide an entertaining outlet for the stress-riddled societies of today, which alone is reason enough to encourage the proliferation of more such associations that can put a little smile on one’s lips and add a gentle prance to people’s gait as they tread the vista of life!

6 Reasons Why a Good Logo is Important

20 Budgeting Hacks to Help You Save More in The New...