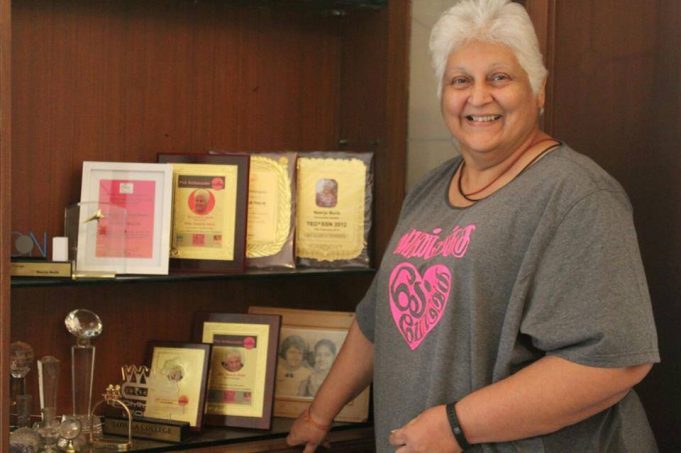 Hello Life!
The C word is no longer viewed with fear. Read the inspirational story of ‘cancer conqueror’ Neerja Malik. Positive thinking and creative visualization have gone a long way in helping this brave lady. 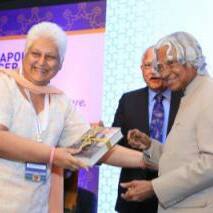 A messiah of hope and confidence

Meet Neerja Malik, two-time cancer survivor, who calls herself a ‘cancer conqueror’. This incredible woman with a sunshine disposition is an Inspirational speaker and a full-time counsellor for people who are faced with daunting illnesses. Her book, ‘I Inspire’, released in 2015, is a stupendous success. 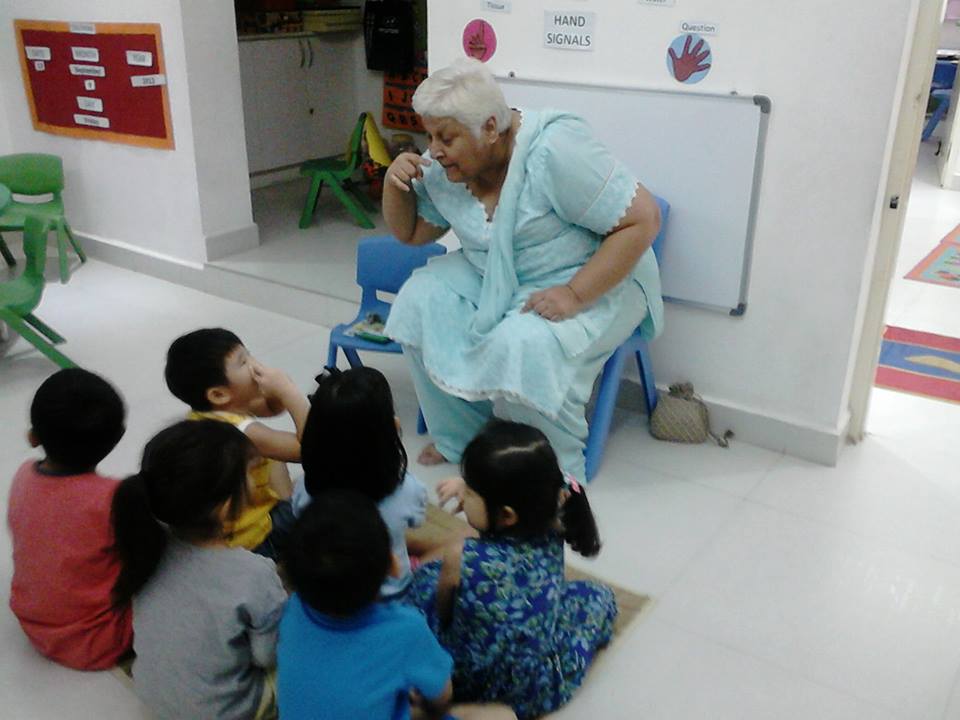 Neerja’s reassuring voice echoes through the wilderness that envelops cancer patients and their loved ones, using her phenomenal communication skills and bravado to transform public perception of cancer and at the same time, infusing a new sense of hope and confidence. Her message is loud and clear: “Problems are Productive Road Blocks Offering Beneficial Lessons that Enhance Mental Strength.”

Behind the evolution of this torchbearer of hope and courage is a compelling story. The reason behind her ‘never give up’ attitude stems from her unusual experiences since childhood. Among many incidents that tested her courage, she recounts an incident when as a young girl, she once fell off a horse.  Her father who was a Naval Officer told her, “Get back on.” Despite being hurt very badly, she did. This streak of courage has seen her through a serious scooter accident as a teenager and later during the two instances of breast cancer in 1998 and 2004. 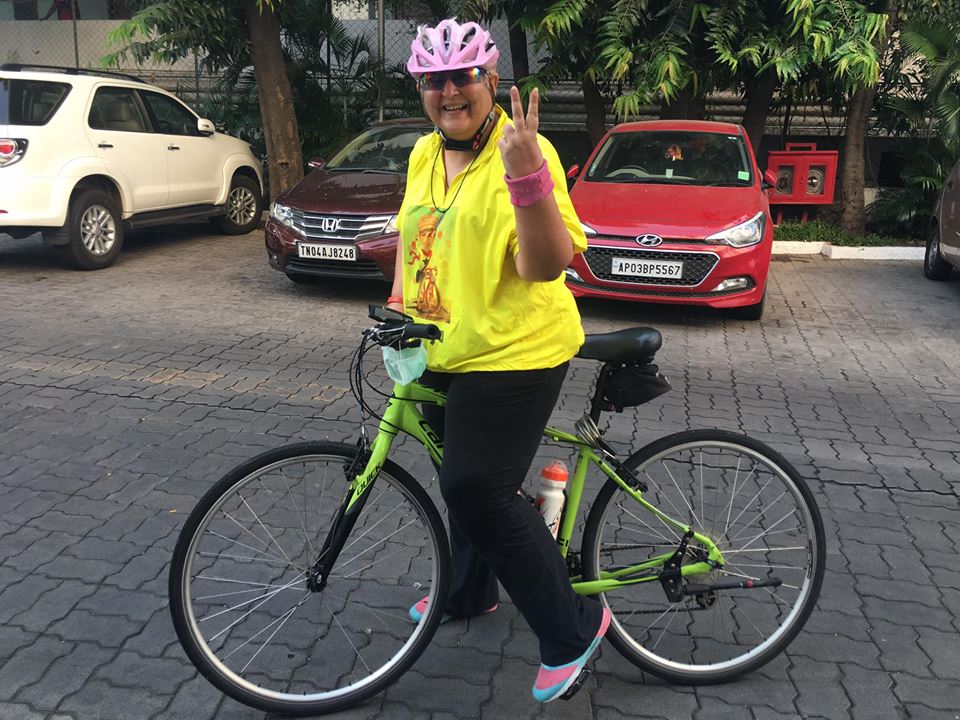 Neerja’s first encounter with cancer was in February 1998, the year her twins turned seven. The twins were born after a series of miscarriages and a stillborn child. Following diagnosis in Chennai, she went to Mumbai where she has a huge, supportive family that offered support. Neerja insisted that her last three chemos and radiation be done simultaneously so that she could be with her twins on their seventh birthday in July.

Cancer patients are usually in a quandary as to how to handle the traumatizing news about the proliferation of the sneaky, errant cells in their body. In Chennai, Neerja launched a Cancer Support Group – the first of its kind in the city – and counselling for cancer patients. 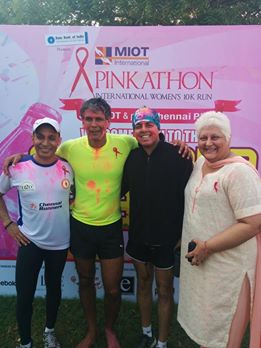 Neerja’s role as a counsellor started quite accidentally and immediately after her debut encounter with the big C. In 1998, after her surgery in Mumbai, while in the midst of chemotherapy, Neerja met a woman who was on the verge of starting a cancer support group. Neerja planned to start one in Chennai but was informed that she had to be a survivor for five years before she could start a support group.

Providentially, the same year, her uncle requested her to meet his friend from Kolkata who was in Chennai for cancer treatment. Neerja’s inspirational talk gave him confidence and her first ‘assignment’ was a great success! Doctors and patients whom she had counselled sent her more patients for counselling. She volunteered for Adyar Cancer Hospital and set up a Cancer Support Group in an eminent hospital in Chennai on International Women’s Day in 2004. Presently she is freelancing as a Cancer Counsellor.

Been there, done that

Neerja was incredibly effective in changing the thoughts and perceptions of cancer patients languishing in despondence and misery, speaking right from her heart and with passion. It helped them brave through the rigorous treatment procedures confidently.  Neerja recounts that once she spoke to a patient’s husband after returning from her second surgery for breast cancer at Breach Candy, Mumbai.  On request for a personal visit, Neerja explained her situation and called the gentleman to enquire after his wife when she returned to Chennai after her treatment. His wife had been so inspired that Neerja was able to give advice from a hospital bed even before the effects of anesthesia had worn off that she had decided to face the situation without fear. 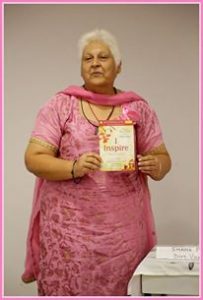 Neerja’s uses several techniques for the benefit of cancer patients.  Her experience with a child who had blood cancer, when she successfully employed creative visualization, comes in handy quite often. “Their coming to me doesn’t change the fact that they have cancer but it helps them change their perception on how you can deal with cancer and how to overcome it,” she says.

She continues to inspire

Neerja’s realization that a book was a wonderful way of offering succor to more people laid the foundation for her successful book, ‘I Inspire” which chronicles the adversities she has faced and how she had handled them with a smile. Neerja Malik is a mascot and ambassador of the Pinkathon South, started by Milind Soman. Today Neerja has emerged as an embodiment of hope and survival for cancer patients across the country and the world due to the numerous book launch events, awards and media coverage on her. 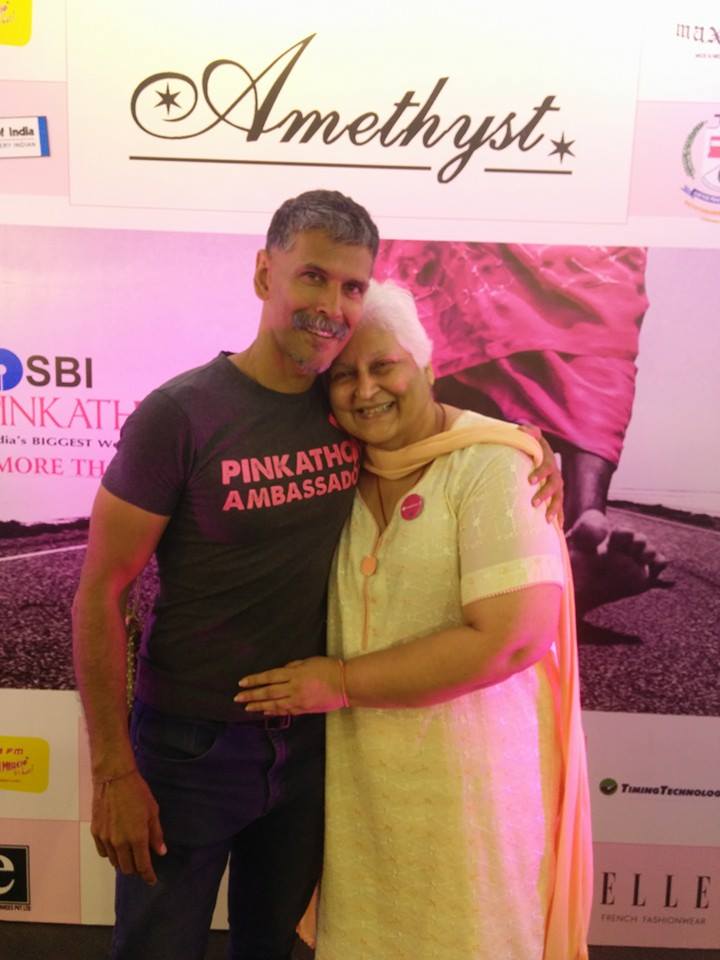 Inspired by Milind Soman’s mother who started trekking at 60 and does 100km during a marathon, Neerja rekindled her passion for cycling which she had learnt at six. She has joined the ‘Babes on Bikes’ cycling group in Chennai and cycles 14 km twice a week. She goes for Zumba classes too. And she has a Run Keeper to monitor her activity levels.

Neerja plans to make a CD of her 18 positive thoughts that she has taken from the ‘treasury of the universe ‘and link it up with the website of Viswajyothi for Vishwashanthi, started by her late spiritual godmother. Her 18 positive thoughts posted in her public page in FB continue to inspire every patient she counsels. She also plans to write another book. Neerja runs ‘Sahaayika’, an NGO for the girl child founded by her late aunt.

Neerja’s intense faith and love has proved that life is a journey to be savored in all its splendor! And it includes smiles and hugs!

What you can do 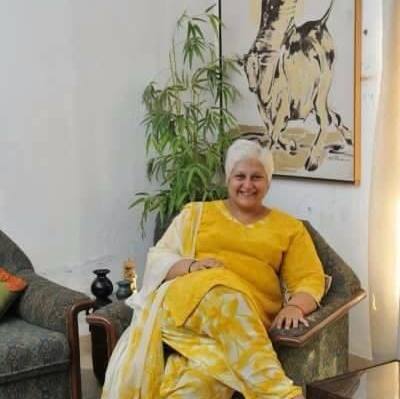 Teaming Up for Success

Will Your Facebook Photo Land You a Job and a Date?

The Health Benefits of Massage

Hire a Personal Trainer and Transform the Way You Exercise!