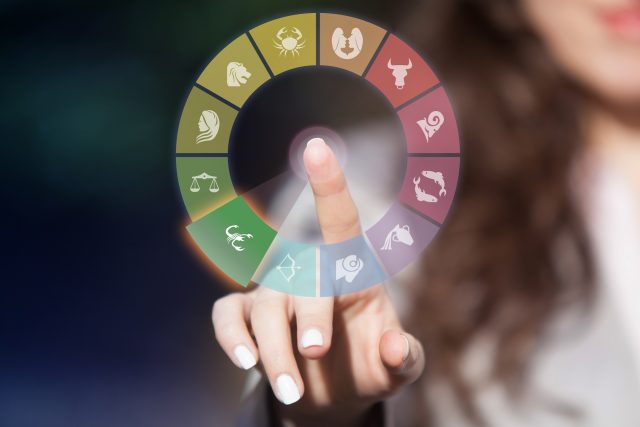 “Astrology is not an end in itself but an extremely useful diagnostic tool in understanding oneself,” Judy Balan, Author, Astrologer (Western)

Judy Balan is a bestselling author in the genre of humor, who has penned the novels ‘Her Two Fates: The Story of My Divorce’ and ‘Sophie Says: Memoirs of a Breakup Coach’, apart from two books in the ‘Nina the Philosopher’ series. In the last few years, Judy has pursued the study of western astrology and shares her inspiration, learnings and experience in the passionate pursuit of this interest.

Your interest made you delve deep into studying western astrology from books and other sources. What was your attitude to astrology before and what change did your view undergo?

I was always fascinated by human behavior and interested in anything – from serious study to silly ‘Which Cocktail Are You’ tests online – that helped explain why we are the way we are. But astrology with its pseudo-science tag was always relegated to the ‘I’m just having fun’ department. In late 2014, after a friend had introduced me to Susan Miller’s monthly horoscopes, I had to admit that there was ‘definitely something to it’. And since I’m the kind of person who gets completely consumed by anything that really interests me – be it a book, a hobby, a person or a TV show – I spent the next couple of years (and it’s ongoing, of course) neck deep in the study of astrology. Particularly, psychological astrology, where the natal chart is used as the fascinating diagnostic tool that it is, to shed light on inherent psychological patterns, complexes and projections. We can go as far as tracing the roots of compulsive behavior or recurring patterns such as relationship triangles, and pinning them down to specific events that occurred or patterns that were triggered in childhood by asking the right questions.

And while we cannot change the past or exchange our patterns any more than we can exchange our parents, understanding the roots of compulsive behavior and our own unconscious collusion in the recurring negative themes in our lives (which we experience as fate) can be immensely liberating. We can’t change a negative pattern overnight, but I believe consciousness goes a long way in helping us live and interpret these patterns more creatively. I’ve obviously done this sort of astrological psychotherapy for myself and continue to do so, and it’s been by far the most emotionally illuminating phase of my life. 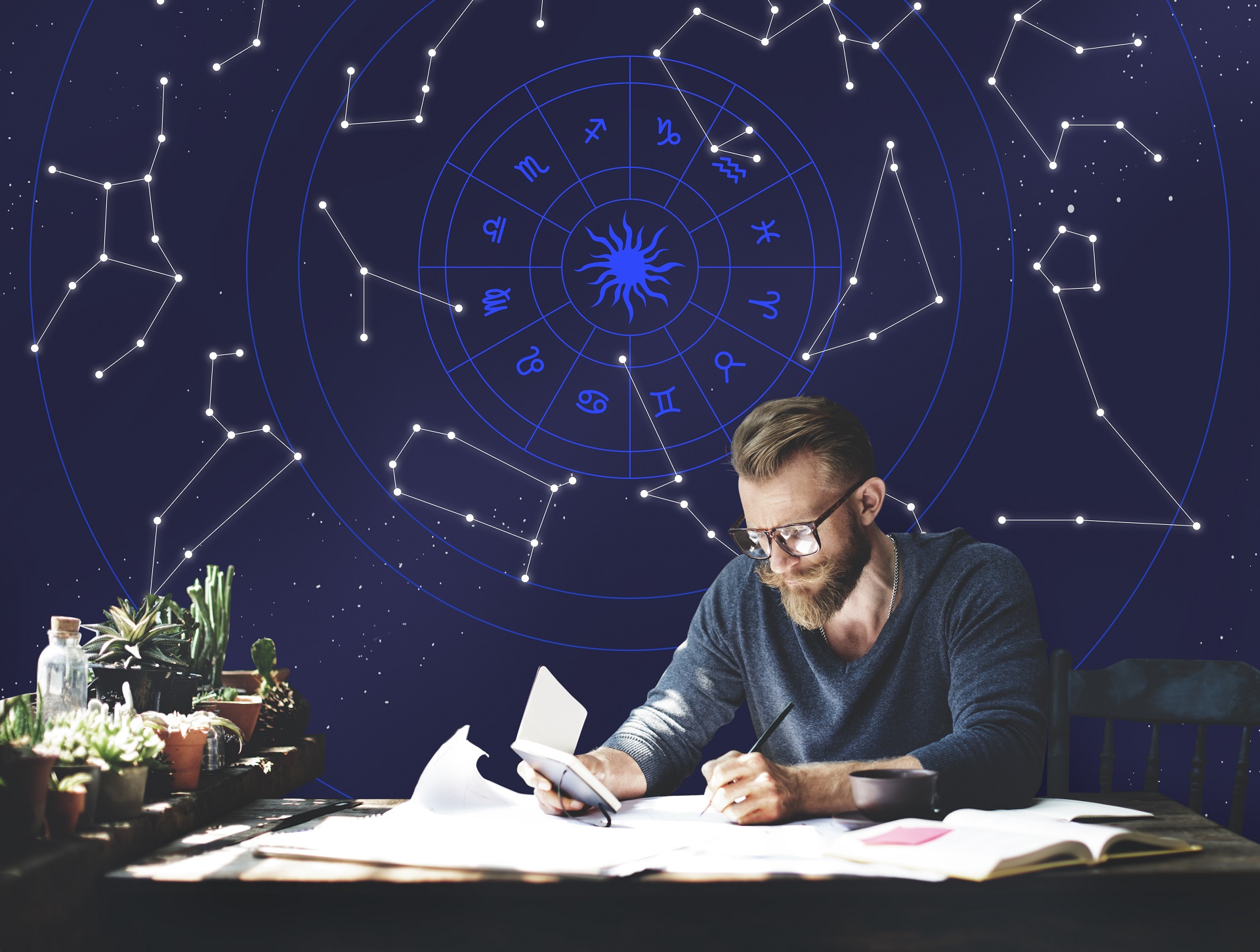 What is Western Astrology and how does it benefit someone seeking out a reading?

People either think astrology is mumbo jumbo or turn to it to solve their problems. What do you suggest should be the approach to astrology and astrologers?

Like I said, I don’t think there is any one approach. It really depends on which lens you’re personally comfortable with. If you’re someone who is interested in understanding the deeper dimensions of your own psyche and trust psychotherapy to be an effective approach, then psychological astrology can be just the thing for you. If you’re a more spiritually inclined person who isn’t uncomfortable with terms like ‘karma’ or ‘spiritual evolution,’ then evolutionary or karmic astrology might use the language that resonates with you. But the chart in itself remains the same. It’s only the lens you get to switch and I don’t think one is more valid than the other. I am personally fascinated by psychological astrology; so much of my research and work is dedicated to that. 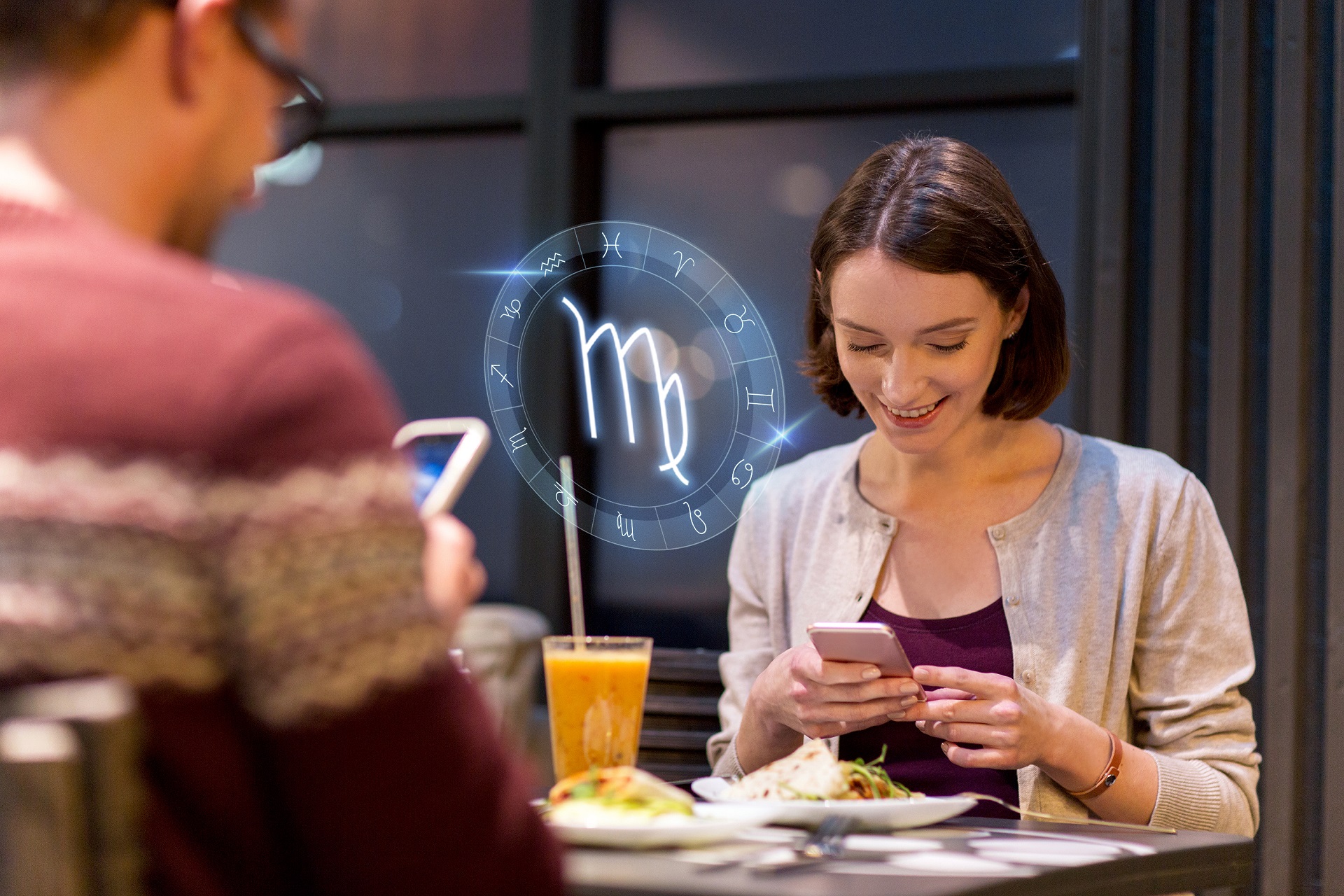 Do people come to you often for readings? What do you think are the typical reasons people turn to astrologers? They expect predictions and measure the effectiveness of astrologers on their predicting capabilities. How do you cushion against a negative perception in this scenario?

Yes, I do client consultations and from what I’ve observed, there’s usually a trigger – an emotional crisis of some sort – such as the ending of a relationship, money issues, a general sense of feeling lost and drifty with no direction, or when someone is at a career crossroads – that makes someone set up an appointment. As for predictions, I can’t say it enough:  predictive astrology is not about telling someone what’s going to happen to them like they have no say in it. The natal chart is a constantly evolving blueprint of potential – both positive and negative – and much of how we experience this depends on how we engage with these inherent patterns and exercise our freewill, which ultimately brings it into manifestation. Of course, not everything is under our control but we don’t need astrology to tell us that.

What predictive astrology does is show us the timing of when a natal complex – that has been quietly lurking beneath the surface – is ripe to enter consciousness so that the person can now face and integrate parts of himself that were previously unconscious and possibly projected on others. At least, this is what’s going on at a deeper level. And while this almost always coincides with events on the outside – such as a major career transition, a relocation, the birth of a child or the beginning and ending of a relationship – it’s not that planetary movement is ‘making this happen.’ It’s merely mirroring what’s going on inside us. We don’t know how this happens, it just does. Carl Jung called this ‘Synchronicity’, which he defined as ‘an acausal connecting principle.’ Since I cannot do justice to that discussion, I recommend reading Synchronicity for anyone even vaguely curious about how this works. 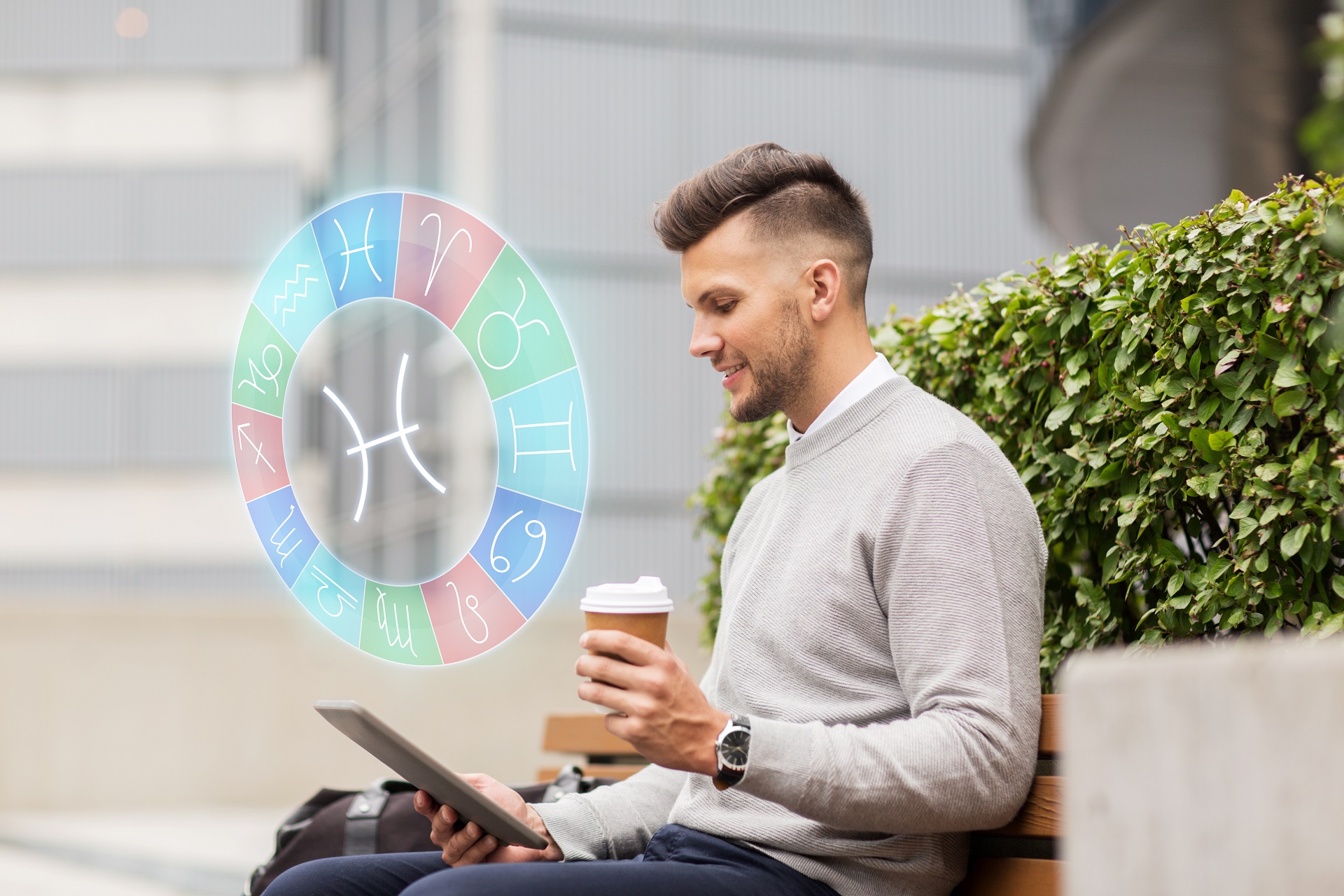 So yes, I’m very picky about who I do consultations for. I first of all make sure they understand my approach and aren’t just expecting me to be Nostradamus. I have no interest in telling people what’s going to happen, assuming I could even do it. Also, to be honest, while accurate predictions can be made, there are times when the transits and progressions look very similar for seemingly opposite events such as the beginning and ending of relationships. For example, when transiting Pluto conjuncts a person’s 7th house Venus, what you can tell – for sure – is that the person is about to experience something deeply transformative and that the change itself might be irrevocable in some way, that the very substance of ‘relationship’ is going to change and that this might initially be experienced as highly intense or even dark and painful. But through this experience in the realm of partnership, the person is ultimately going to be confronted with a missing piece of himself. However, in terms of outer events, this can mean anything from entering a highly intense relationship if one is single, to ending a long-term relationship, creating a relationship triangle, to having a child and finding that becoming a parent has changed your relationship with your partner deeply and irrevocably. So what I’m interested in is focusing on the purpose of the transit, how to cope with its intensity and channel it consciously and creatively, rather than wracking my brains over the specific ways in which it might manifest. 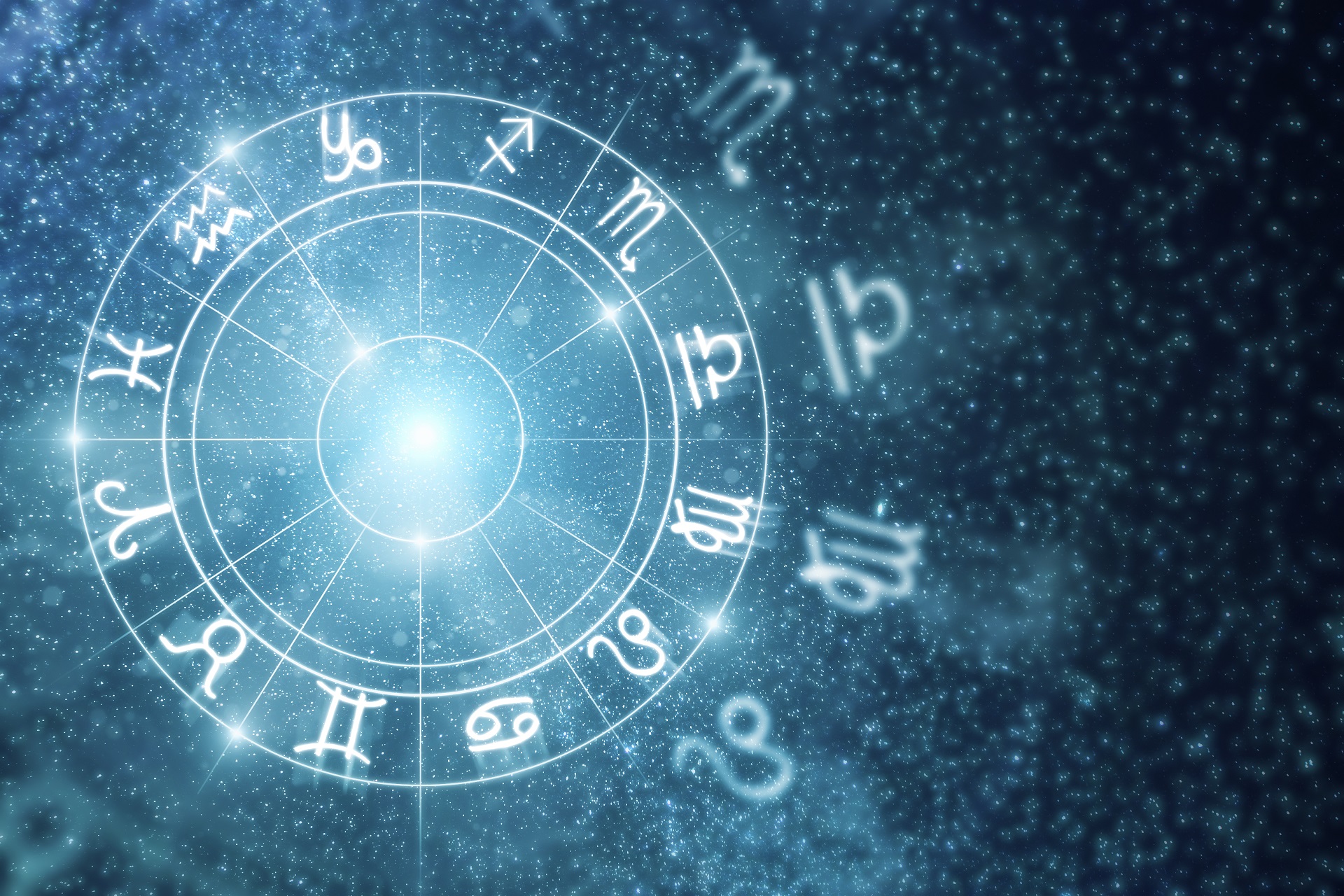 In Vedic astrology, we hear of penance and atonement for overcoming the malefic effects of planets. Does western astrology have an equivalent?
Traditional western astrology did use the language of ‘malefic’ and ‘benefic’ planets but we’ve now moved away from such black and white definitions. Every planetary archetype has a positive charge and a negative charge. Or light and shadow. And we need both. In fact, it is the ‘bad’ or ‘difficult’ transits that make us grow up (Saturn), empower us and help us get in touch with our emotional depths (Pluto), awaken, liberate and shake us up to be authentic and stand in our truth so that we can in turn play our part in the collective (Uranus). While the experience of these so-called malefic transits or progressions can often be stressful in the least, we’d have nothing we consider precious and enduring in our lives without them. So, modern astrology steers clear of the malefic tag as far as I’m aware. As for such things as atonement and penance, like I said, this really depends on the worldview of the astrologer. If, for example, one approaches astrology from a karmic perspective (and I’m not at all suggesting that karmic astrologers are fatalistic and would ask you to marry a tree to atone a past-life sin), there might be chances of such terms as ‘atonement’ seeping in. But again, it would depend on the specific astrologer. What I do is purely from a psychological perspective, so there’s no accounting for past lives should they exist. And therefore, no question of atonement. I might suggest someone work with a psychotherapist and I might even work with them on small psychological exercises – such as identifying one’s sub-personalities using the natal chart – that can be hugely helpful. But that’s about it. Astrology, the way I see it, is not an end in itself but an extremely useful diagnostic tool in understanding oneself.

For consultations, get in touch with Judy at balan.judy@gmail.com

Why You Should Adopt a Senior Dog

20 Hacks to Crack Your Sugar Addiction