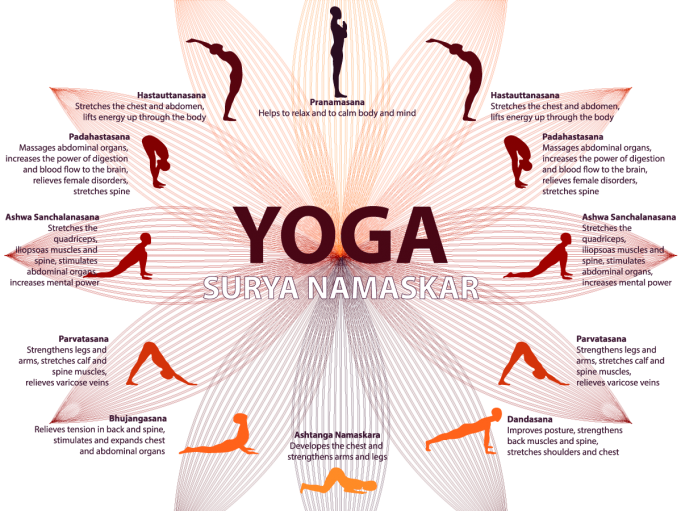 The sun is one of the primary sources of energy to live on earth. Offering salutation is one way of expressing gratitude. Surya Namaskar or Sun Salutation is a powerful yoga technique that offers several benefits.

Surya Namaskar or Sun Salutation is an ancient method recommended by the rishis of ancient India. They established that different parts of our body are governed by different Devas. The area behind the central point of the human body, which is the navel, is governed by the sun. It is this area or solar plexus which will be enhanced by the regular practice of Surya Namaskar. The 12 postures of Surya Namaskar accompanied by chanting uplifts the body, mind and spirit.

Best done at the time of sunrise every day, Surya Namaskar has the following benefits:

This single technique of Surya Namaskar achieves more than any other exercise as it co-ordinates the actions of all the vital organs, muscles, nerves and systems.

10 Ways to Stick To Goals

11 Signs You Are Overstressed